Ray White Warrnambool are happy to be donating to the Warrnambool Football Netball Club in 2018! With the Football/Netball season just around the corner, our contribution will be going toward the new netball player uniforms & light tower upgrades at the netball courts.

Jason spends time at the WFNC, as the President of the Netball Division of the club along with 11 committee members & over 100 players across all age groups from Baby Blues to Open Senior team. 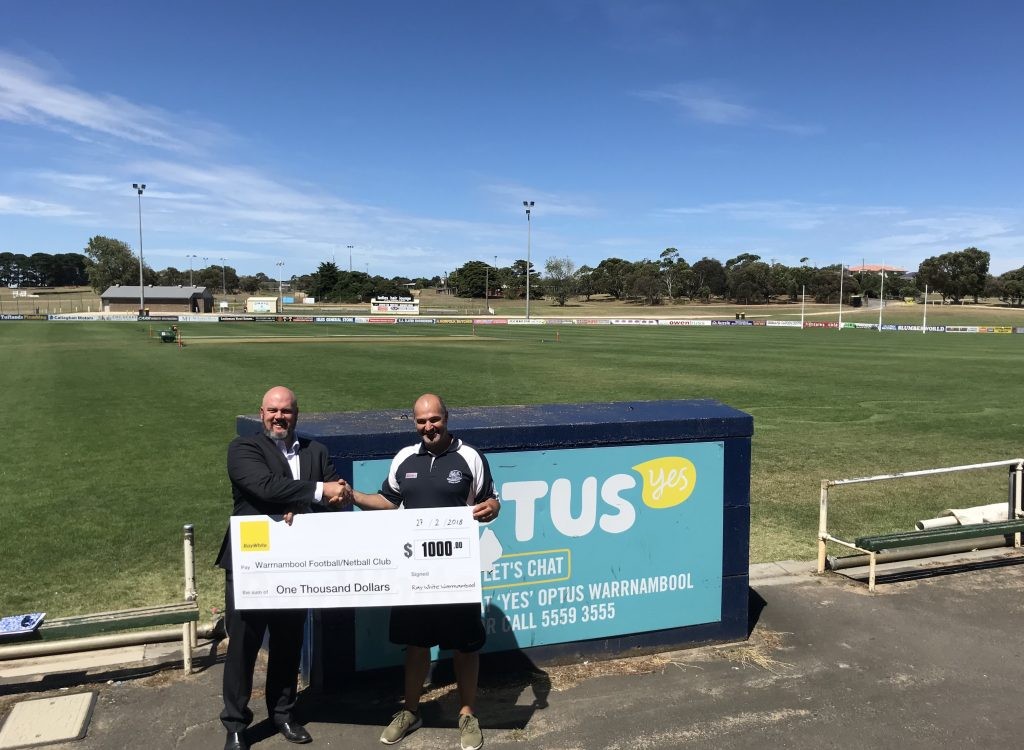 Good luck to Jason and the Warrnambool Football Netball Club for the 2018 season!