THE nation’s second longest-serving prime minister John Howard today opened the Connect 2018 conference on the Gold Coast with his thoughts on leadership. 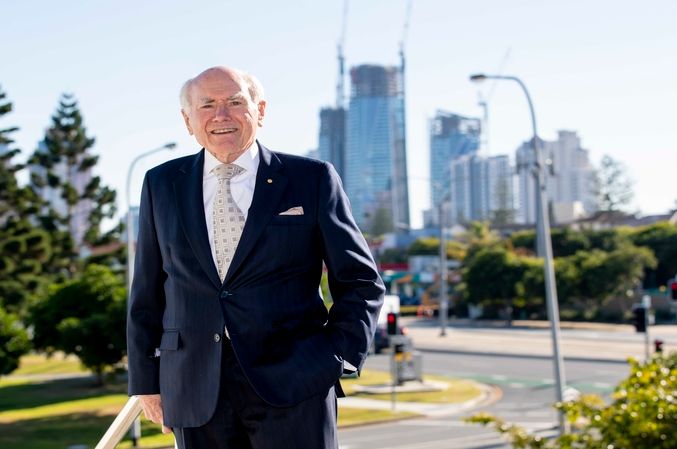 More than 2500 agents and brokers from all over Australia, Indonesia and New Zealand gathered for Connect 2018 – Ray White and Loan Market’s big conference.

“I like speaking to gatherings like this where there’s a remarkable collection of small and not so small business owners who create their own destiny,” Mr Howard said of the group’s network which is made up of more than 1000 offices in Australasia.

“I believe in competitive capitalists who believe in a free enterprise system where you get to keep a decent return from your hard work.”

Mr Howard, who served in parliament for more than 33 years, said there were some common characteristics between leading a political party and being in business.

“The most important element in leadership to achieve success was that he or she had to believe in something and have strong beliefs and strong values – be it an army, a football team or an enterprise,” he said.

“So often I hear that ‘he’s not a bad bloke but I don’t like what he stands for’ so always let your business employees know what you believe in.

“Leaders must have a clear set of values and that is absolutely fundamental.

“The second most important thing in leadership is the relationship you have as a leader with the public and the people you immediately team.

“Accept that you’re going to make mistakes and the most important thing is to get the big things right.

“I took a few decisions in my time that were not popular and I know that the most unpopular thing I did was to commit the forces to military operations in Iraq.

“It’s still unpopular today but my instinct was that it was the right thing and an important thing to do.

“That is one of the most difficult parts of leadership – to get the balance right between listening and leading.”

Mr Howard, whose government boasted 3.6 per cent growth per annum during his time in office, said there’s no one in the room who has lived through a period of such low interest rates.

“I’m older than most of you (at age 79) and low rates are good for some people but not all,” Mr Howard said, referring to low unemployment rate too.

“In some many ways, we are living in a different economic climate after the Global Financial Crisis.

“I am an unreformed believer in competitive capitalism in that I aspire for people to make a lot of money and pay their taxes. I don’t believe in envy taxes.

“There are gaps between the rich and the poor, and some people need a safety net, but the gap is less marked in this country as it is in other countries.

“We have a much larger middle class and private home ownership which is much higher much earlier. Your industry should be very proud of that.

“We will always have the challenge of economic change and economic reform.

“Keep striving towards the finishing line but keep running or else your competitors will surge past you.

“We dodged a bullet after the GFC as we had zero debt and China had become our largest export destination but never forget the contribution that Japan made a decade earlier.” 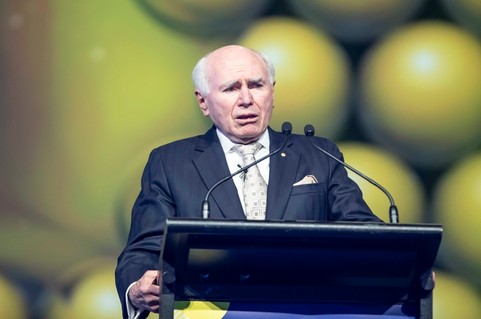 “I enjoyed meeting some of the best performers, there was a tremendous optimism and enthusiasm and these people haven’t allowed pessimism to overcome optimism,” he said.

“Australians have a great sense of balance.

“We often whinge about our health system but ours is infinitely better than in the US or UK.

“We educate 34 per cent of our children in independent and Catholic schools. I was a product of the state system in New South Wales and I have always been very proud of that.

“We continue to have common sense of balance. We choose the good bits of our history and we welcome people from around the world and we should have an immigration debate in this country. I believe very passionately in an Australia drawn from the four corners of the world.”

Twelve Apostles in the running for Seven Wonders of Australia title

Back to all news
Up to Date