Western Australia’s Cocks, 22, crossed the finish line in the men’s 10-kilometre run in 29 minutes and 52 seconds, an unofficial course record.

Cocks was pleasantly surprised by his own run and of the course.

“I was not expecting to run so quick today,” he told The Standard.

“It was a really tough run, as it is very hilly and it’s a pretty relentless course to run.”

The West Australian, who recently competed at Melbourne’s Zatopek:10 in December, was unaware that he was about to run a course record.

“I didn’t even consider the record and then I heard the commentary,” he said.

“The commentator said I had time to spare to get under the record, so I had time to hand out some high fives to the fans and lap up the moment on the straight.

“It was good to have strong crowd on the finishing straight, to push me over the line.”

Moloney, who was one of this year’s Surf ‘T’ Surf ambassadors alongside Steve Moneghetti, was delighted with how her morning panned out.

“I was really pleased with how I ran, was good to get out and just run,” she told The Standard.

“The legs were feeling really good and I was able to lap up the great atmosphere, weather and the crowd and enjoy my Sunday run.”

The south-west runner, with the nickname The Garvoc Express, was overjoyed with how she ran.

“I could not be happier with the time I ran,” she said. 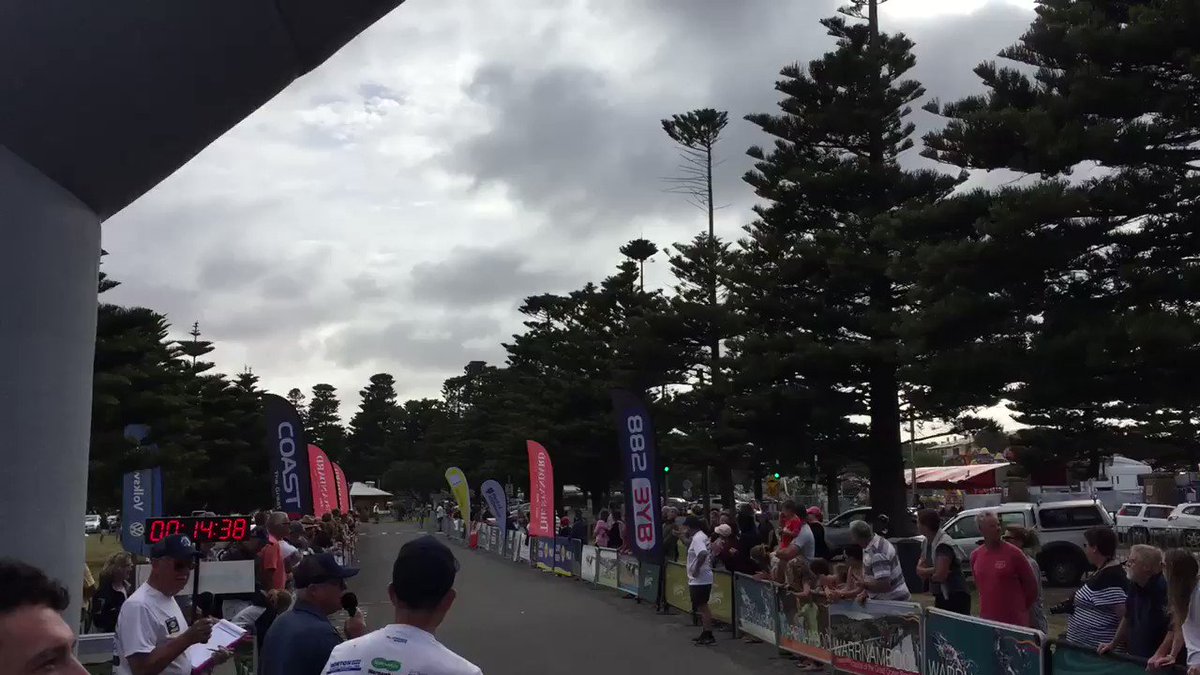 “It was the fastest time I have ever run the course. Which is a pleasing sign for the start of the year.

“You cannot ask for anything better than this. I always love competing at this event and getting some racing in for the first part of the new year.”

Behind Cocks in the men’s race was south-west favourite Tom Hynes, 20, who finished with a time of 30 minutes and 54 seconds. He was followed in third by Pete Kerr, 29,  who completed the run in 31 minutes and 22 seconds.

in the minor placings after Moloney were Siohan Sefton, 29,  in a time of 40 minutes and 22 seconds, with Rachel Ayers, 24, following in at 41 minutes and five seconds.

Large crowds gathered along the length of the course to lap up the atmosphere of the run, with a majoirty at the finishing straight to see competitors run. 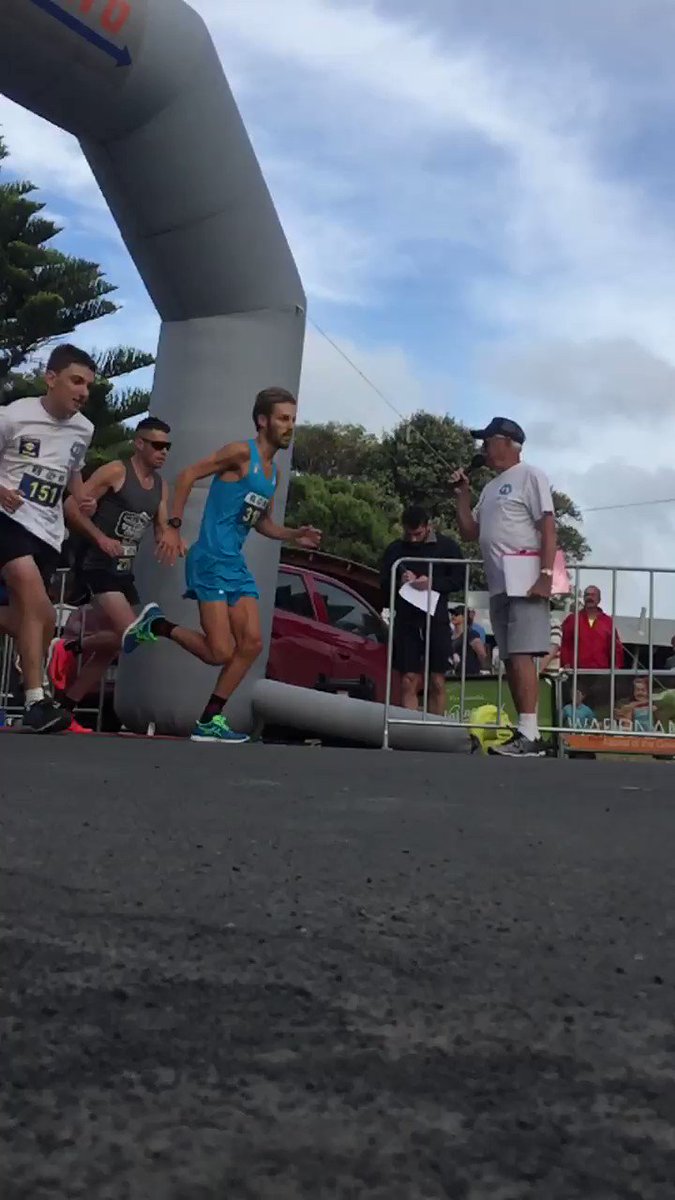