The home-town favourite hit the front with nine laps to run in the 40-lap A-Main, surviving three re-starts to secure the biggest win of his career.

McCullagh, who started in go-karts, began in ninth spot but showed dare to upstage American Carson Macedo and three-time winner Brooke Tatnell in the feature in front of an adoring crowd.

McCullagh, who drives a delivery truck as a day job, was speechless as friends and family swamped him post-race.

“It honestly feels like a dream. I’ve been wanting to do this all my life. To win the classic, holy… I’m speechless,” he said.

“It’s bad-ass. I just wanted to make the A-main, let alone win it, I’m so happy I managed to set up a car as well as I could drive it.

“The boys behind the gates did all the hard work and they should get all the credit.”

The former karter said the realisation of winning the race sunk in with eight laps to run.

“I honestly was in cruise mode and it didn’t wear me out or anything. It’s just huge. To be successful, you have to have successful people pushing you and I have that.

The feature had a strong south-west flavour with six other drivers getting a start alongside McCullagh.

Mailors Flat’s Peter Doukas started on pole and held the lead for a number of laps.

Warrnambool’s Jamie Veal was handed a second chance as a reserve.

The 2016 Classic winner missed out on an A-Main berth for the second successive year but was given a reprieve when Luke Oldfield was forced out following a crash on turn one just after the start. 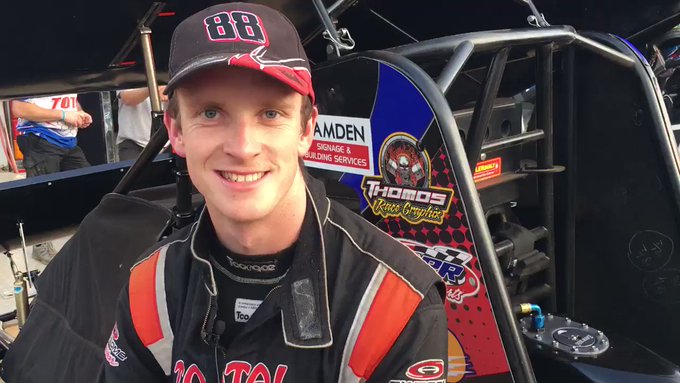 McFadden, who was making a charge, also had his race end early when a flat tyre forced the reigning champion in with 16 laps to run. 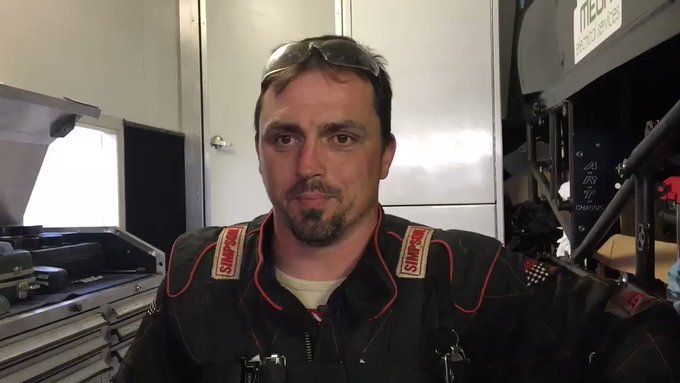