Knowing the rules of repairing and replacing appliances 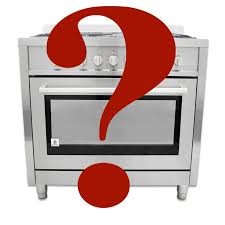 It is often asked to us by our Landlords to insert a special condition in the Tenancy Agreement, which states that in an event an appliance should cease operating during the term of the tenant, it will not be repaired of replaced. Such clauses are in fact in breach of the tenancy legislation.
Tenancy Law states that if an appliance is present and in working order at the start of the tenancy, the landlord is obligated to maintain and replace the item should it cease working during the tenancy. It legally it forms part of the tenancy and the repair and replacement provisions cannot be contracted out of the Tenancy Agreement.

We also find all too often that tenants are entitled to compensation in instances where the landlord fails to maintain or replace an appliance. Rulings are put in place as a precedent. The fact is, the landlord can be ordered to not only replace the item but also pay the tenant compensation during the period in which the tenant did not have use of the appliance.

For a Landlord sometimes an identical replacement is not always an option and an alternative item may need to be installed. Within reason, the landlord does not necessarily have to replace an item in a rental property with an identical item. However, before the landlord decides on a replacement, the property manager should inform them of possible consequences if the replacement item significantly increases running costs for a tenant. For example, if a gas heater is replaced with an electric heater, there should not be a significant increase in running costs. It is important for the landlord or property manager to communicate with the tenant as well about the proposed replacement and any additional running costs. This could prevent a dispute being taken to VCAT.

If you have an appliance installed at your property, then legally it forms part of the tenancy and the repair and replacement provisions cannot be contracted out of the Tenancy Agreement.  We offer this advice based on prior experience and to minimise the risk of loss or the chance of compensation being awarded against you should you elect not to maintain or replace the item. It’s just not worth the risk.

What happens if your tenant does not pay their rent?

Back to all news
Up to Date